skip to main | skip to sidebar

Does anyone mind if i switch from a blog to a fliker account? I find myself seriously unmotivated to post here these days, but i know people still want to see photos of what is going on with the kids. If you want to see future pics for a while go here. http://www.flickr.com/photos/lesliesews/
Posted by Leslie Anne at 4:24 PM 0 comments

A while back, Harvey asked if we could go see a volcano. At first I said no, but quickly changed my mind because - why not go see a volcano? PopPop Doug and I took the kids up to Mt. St. Helen's to see some lava tubes. Harvey and Cecilia were not particularly impressed with the giant mile long one. It was too cold, dark, and scary they said. Harvey was a trouper and walked most of the 2 miles in the scary tunnel, but Cecilia was carried most of the way by either PopPop or myself. That was when i found out two things. One that i needed a new baby carrier. Slings don't cut it for Flynn sized babies. Two, If I really have to, I can carry one baby on my front and one on my back at the same time. After all of this we took them to see some smaller lava tubes, which everyone seemed to like better. Except again, Cecilia became tired of walking, sat down, and refused to move. This time though, I told her to make a sad face and just started taking pictures. She quickly became irritated and continues the 100 steps back to the car. The last part of our trip was driving up to a view point to see the actual volcano. Harvey was so tired by this point; I had to bribe him with pop-cycles to persuade him to take a photo. Pop-cycles inspire good behavior in the Smith household year round. 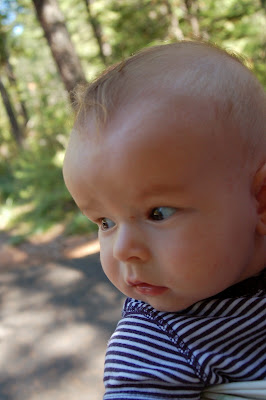 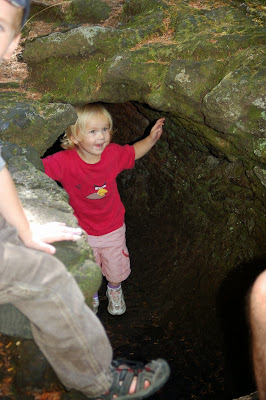 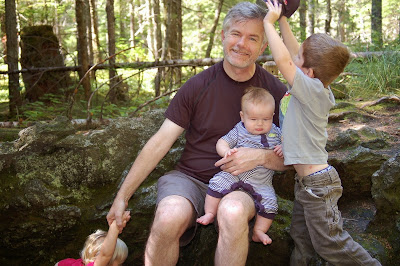 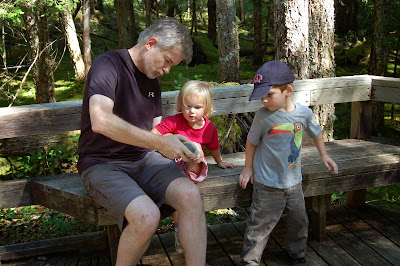 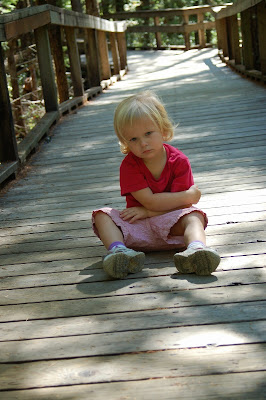 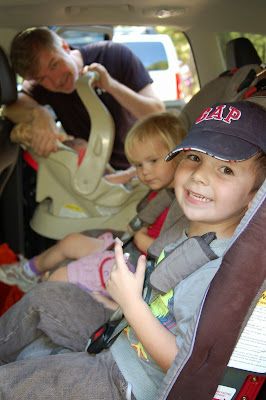 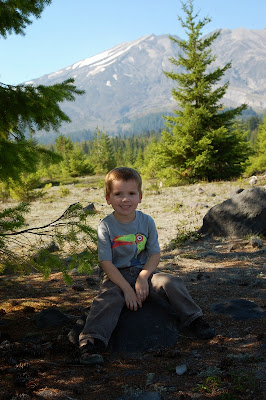 Some days we don't bother getting dressed until we want to go outside. These tend to be the same days where mom wants to sleep longer than her kids do. 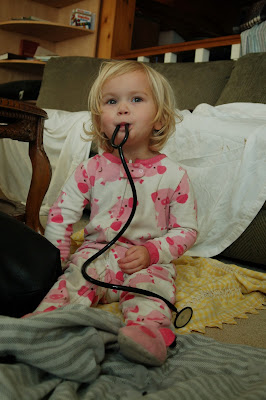 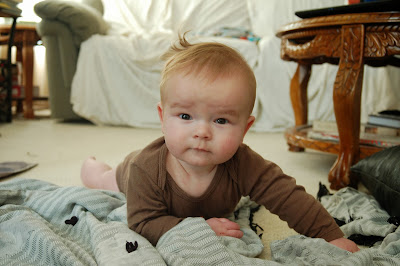 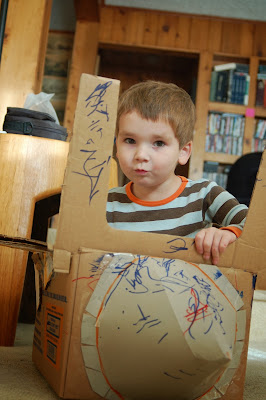 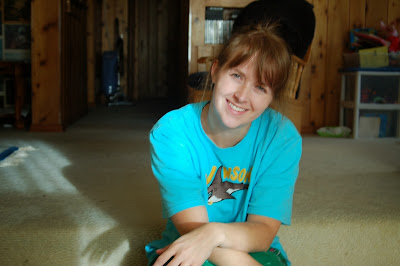 
Flynn is learning the joys of spit in his face.
Posted by Leslie Anne at 6:20 PM 0 comments

Right now we have the chance to play with puppies most days. This batch has 10 fluffy bundles of sharp teeth and claws. They are very kind puppies and let us share their pool in the hot afternoons. That is till someone starts throwing rocks. Puppies just don't appreciate fetching rocks. 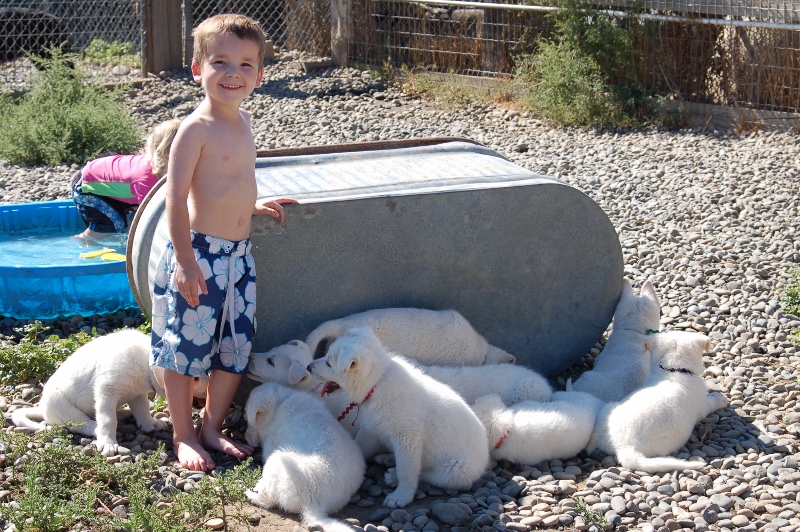 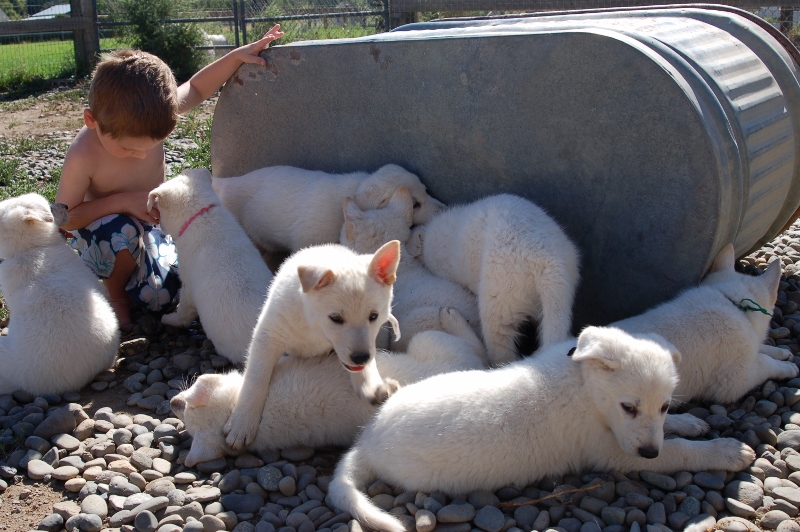 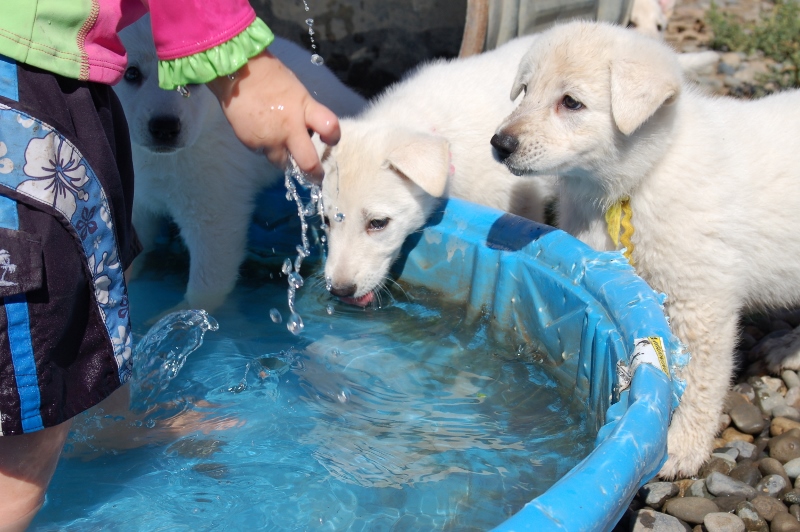 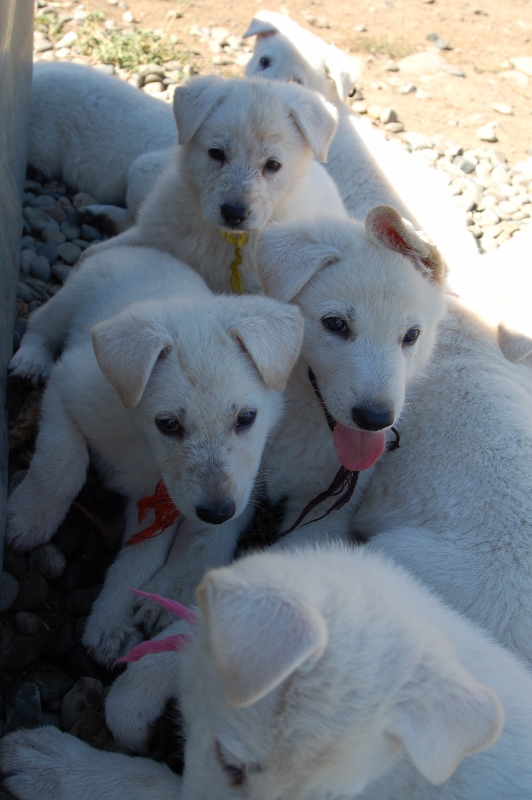 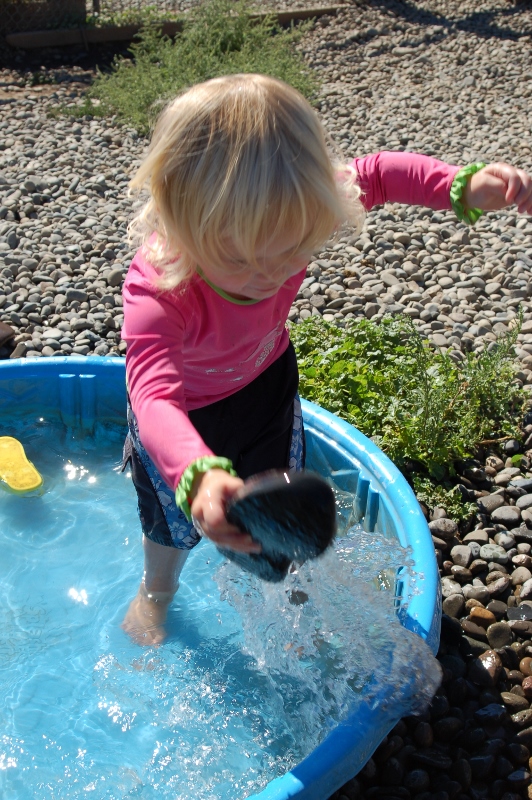 Once upon a time there was a little girl with beautiful golden hair. Then she slept on it and it turned into a mass of sweat, tangles, and mats. The end. 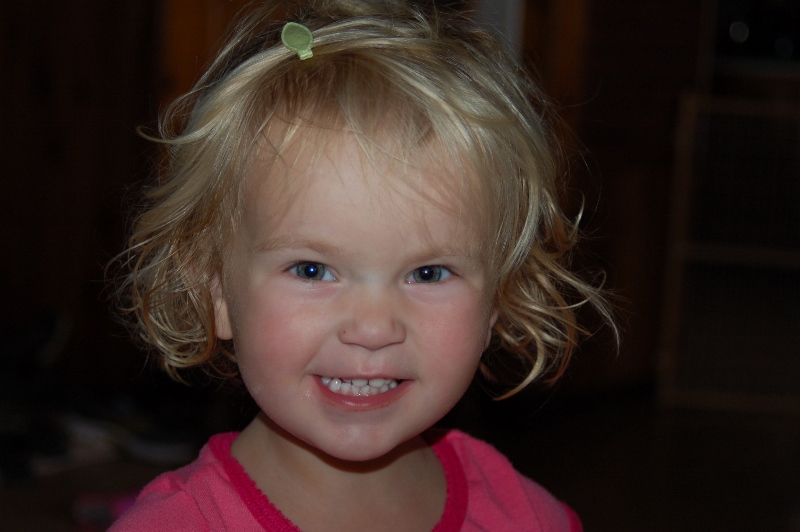 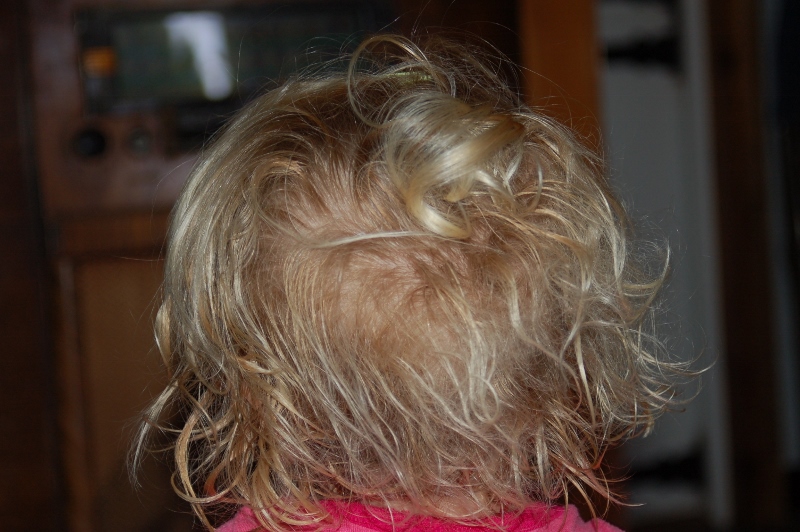 We came across some spiders when we were over in Lake Forest Park. Harvey and I had fun watching one eat a fly. Then we wanted to trick the spider into thinking it caught another one. Bubbles didn't work. When Harvey threw a flower in the web the poor spider decided he'd had enough, picked up his fly, and hid. 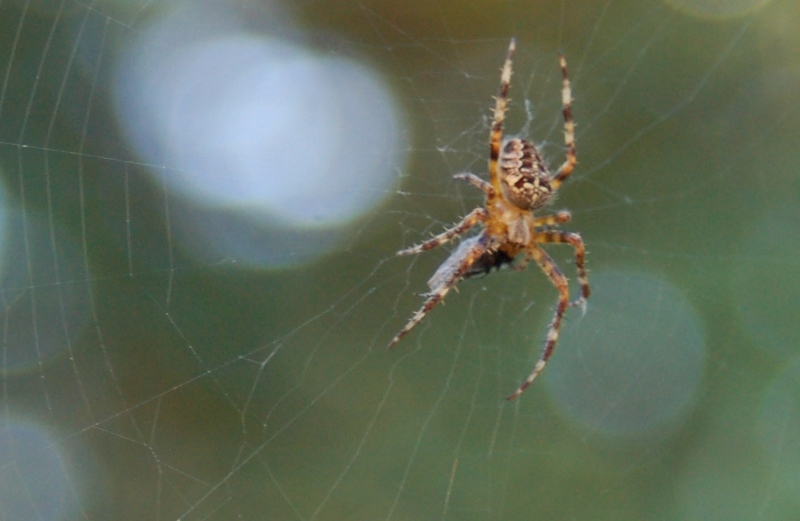 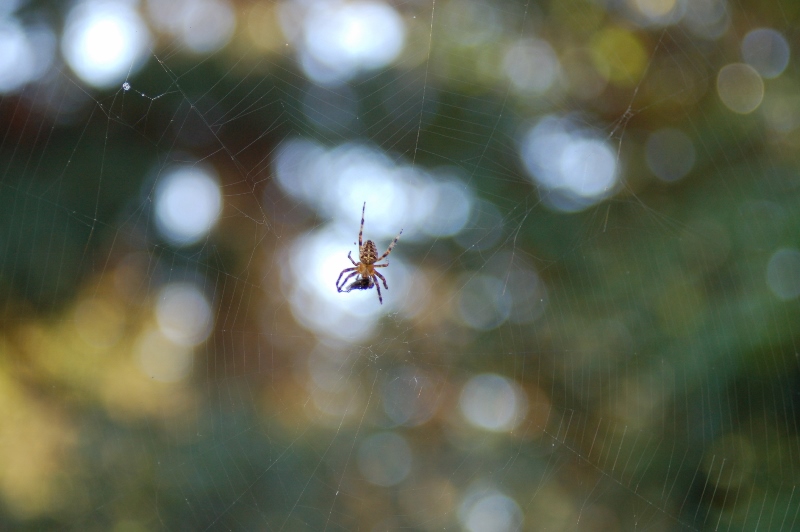 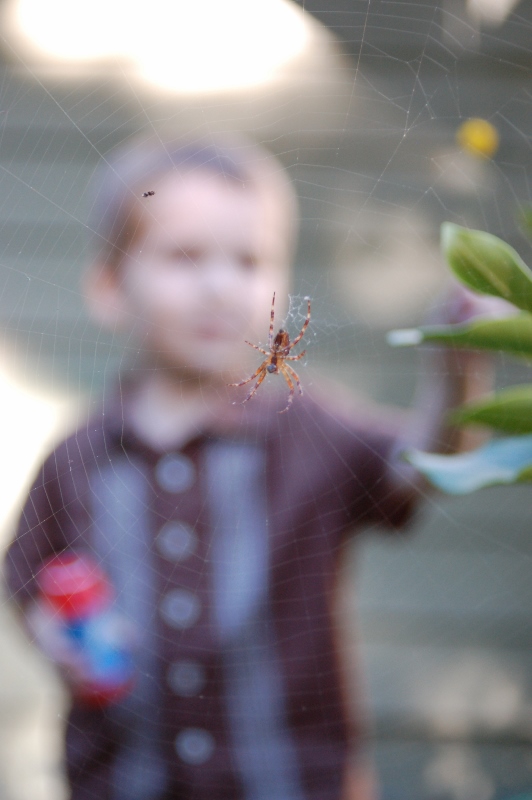 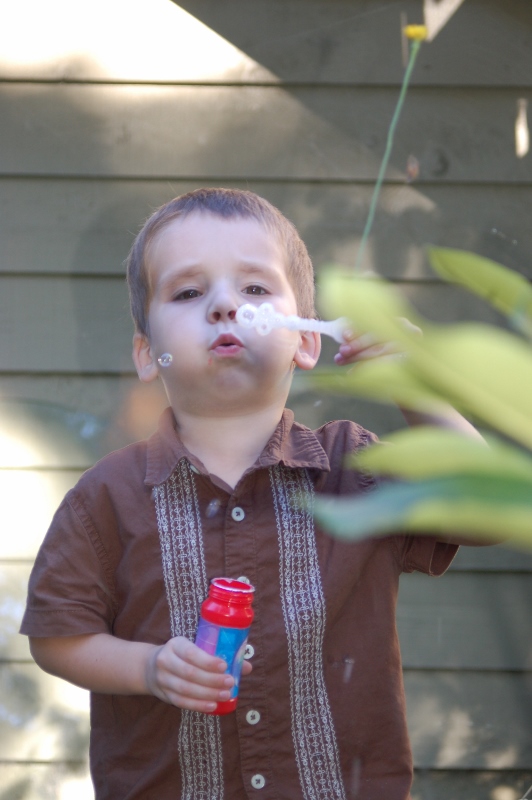 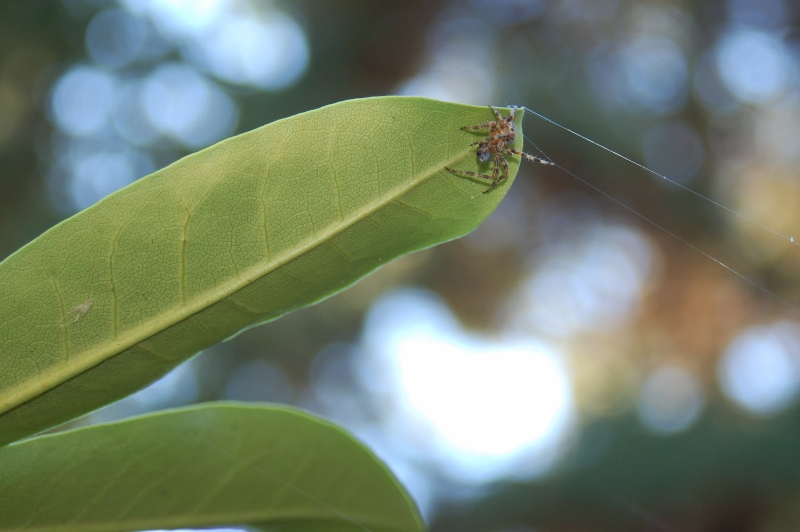 Leslie Anne
Life is crazy. You can either fight it, or join in.